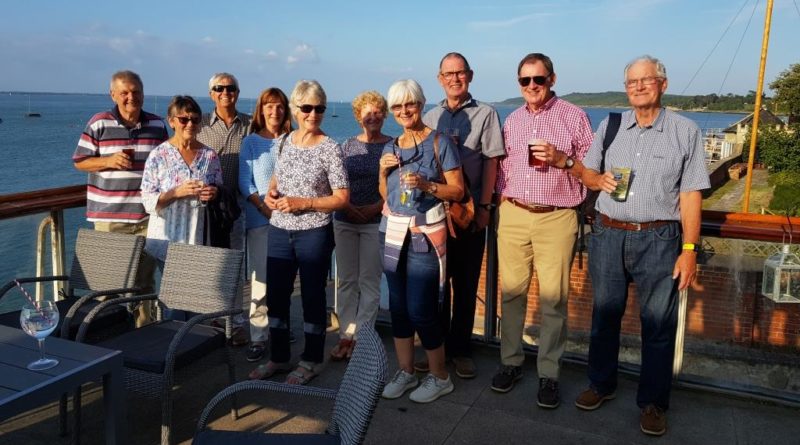 Relaxing in the sun at the Royal Solent Yacht Club with its beautiful views of Yarmouth Harbour. After an (accurate) gale-force forecast for the first two days, the Poole rally was postponed and diverted to Yarmouth Harbour and Mercury Yacht Harbour for five of the original 10 boats. Gentle south and south-westerly winds to Yarmouth, drinks at RSYC and dinner at Salty’s restaurant in Yarmouth town. The following day, a great sail in the sun to berths at Mercury with a pontoon party and a good dinner at the newly-opened Gaff Rigger which has replaced the Water’s Edge, closed for a year. Some Fastnet race yachts and their crews, from several countries, were at Mercury on the Friday night, leaving the next day for the Cowes start of the race, brought forward this year by two weeks.

RORC Commodore Steven Anderson said: “A late August start has weather implications for our big fleet and we anticipated running into the summer bank holiday would cause difficulty for many participants. Bringing the race forward by two weeks addresses these issues and allows us to encourage the fleet into Cowes in the pre-race days before the start.”

All five of the CYC yachts sailed the next day to join John and Jane Gosnell’s excellent trip up Southampton Water to Marchwood Sailing Club.
Thank you to our deputies Bob and Carole on Raven, Coco, Firedragon and Quintette.