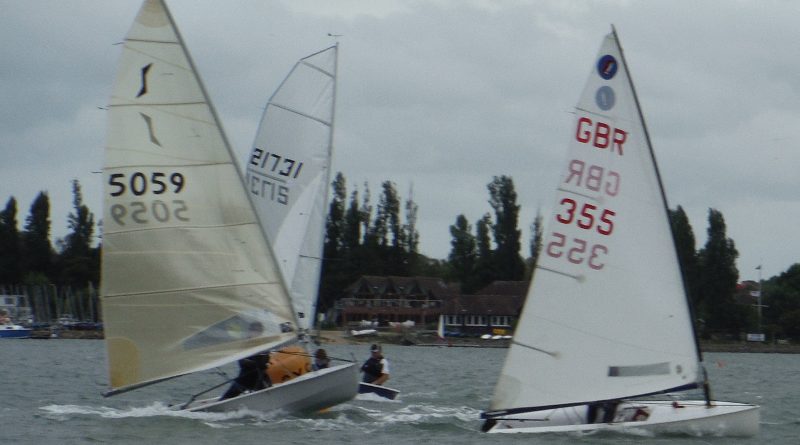 The Bass Cup – an Annual Chichester Yacht Club vs Dell Quay Sailing Club Dinghy Event got underway on Sunday 4th September 2016. Racing was run by CYCs Adrian Rowe from the CYC committee boat Cyclone. For 2016 racing is over 6 races held across two separate days, with the final 3 races on Saturday 17th September. 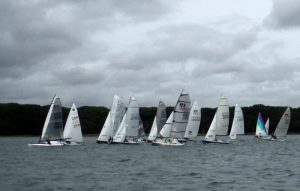 Both Chichester YC and Dell Quay had similar entry numbers in the 21 boat Fleet. Racing got underway in pretty breezy conditions, with a F5/6 in the first race. Racing was in a single handicap fleet. In Race 1 while the fastest time on the water was set by Andy Conway in his RS100, it was the classic single hander boats that won out on handicap with all the first 4 places going to CYC. Ian Payne was first going spectacularly fast in his Laser, with Mark Harper 2nd (Solo), Charlie Porter 3rd (Laser), & Lucy Boreham 4th (Europe). 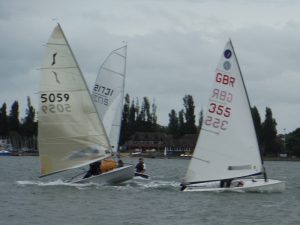 At the end of Day 1 the racing is led by Lucy Boreham with David Maltby 2nd & Ian Payne 3rd.

The series is currently led by Chichester YC with 21 points to Dell Quay’s 41.

Sailing Instructions and results can be found here.