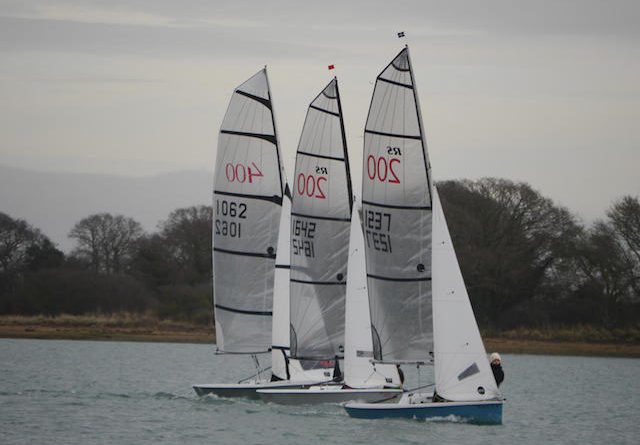 There were 17 Boats in the Fast fleet. Race 3 was a 1,2,4 and 5 for the RS200’s with Dicken Maclean and Hannay Young crossing the line 7 seconds ahead of Maria Stanley and Rob Henderson, The Fireball of David and Fiona Sayce were fastest over the water but could only finish third when the handicap was applied. In race 4, Maria Stanley and Rob Henderson won, followed by the Sayces in their Fireball.

There were 25 boats in the Medium fleet. Races 3 & 4 were both won By Steve and Sarah Cockerill, in race 3 they finished over a minute ahead of their nearest competitor over the water.

There were 10 boats in the slow fleet,

Race 3 was won by a Mirror Helmed by Alice Bullock with crew Richard Bullock, making their debut at the snowflake. Race 4 was won by Samuel Blackley from Felpham SC in his Topper.