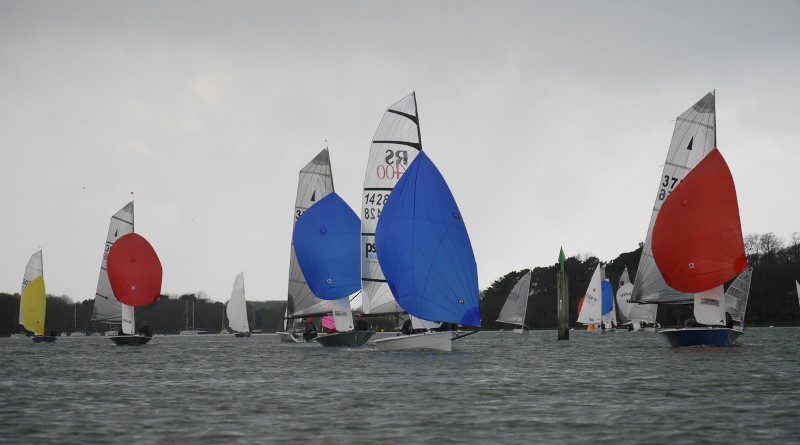 The 40th Snowflake Series started on Sunday 10th January 2016. With stormy overnight winds it was forecast to be a windy day. 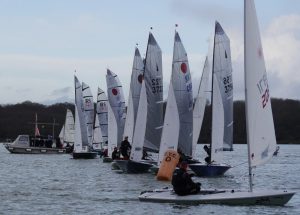 A bizarre twist in the weather brought no wind to start with, but the later part of the morning settled into a decent wind pattern allowing 2 races.

The Fast Fleet was comprised largely of Merlin Rockets, Fireballs & RS400s. The led to some exciting racing, Roger & Jane Gilbert (Merlin – Felpham) were first in both races. William Warren & Mark Oakley (Merlin – Shoreham) were just behind in Race 1. In Race 2 Roger & Jane had a very close race with the Fireball David & Fiona Sayce, the Merlin finishing just ahead to take first place with the Sayce’s in second. The Gilberts lead the series at the end of Day 1.In the Medium Fleet, Race 1 was notable for domination of the RS Feva of S Millar & L Bentley, (Felpham SC), which, while a slower boat on the water won Race 1 on corrected time. Ray Collins – Solo (Locks SC) won Race 2 and leads the Medium Fleet. In the Slow Fleet Fin Swanton took two first places in his Topper to continue his domination of the Slow Fleet during this winter. 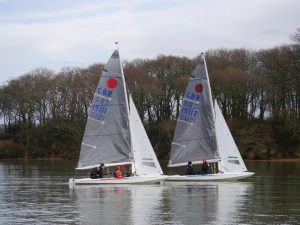 Results can be found on the Club Open Meeting Race Results page.