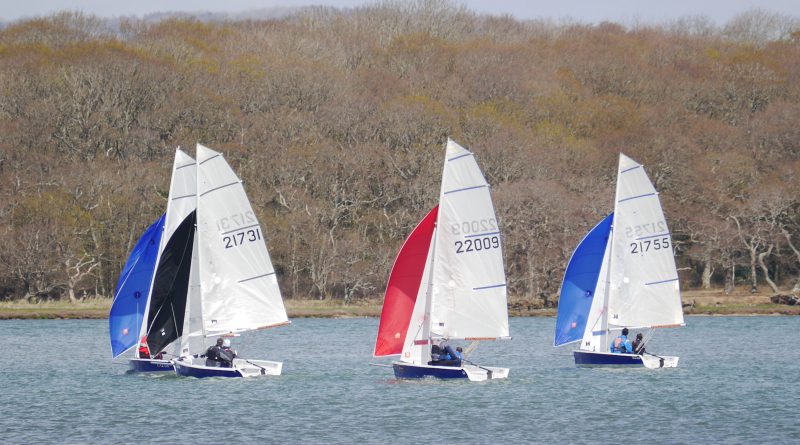 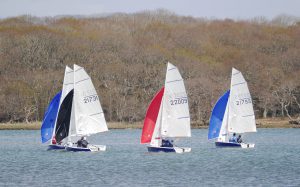 The First Breath Series got underway on 10th April. The first 2 races were blown off over Easter. Bright sun but a cool breeze greeted the sailors on Saturday. The race stated in a Force 3-4 which built during the racing including one brief squall. Race office Roger Clare set a course in Chichester Basin aiming to make the best of the conditions.

In the Fast/Modern handicap there was a good turn out from the 2000 fleet with five 2000s, enjoying some close racing. Phil Allen (International Canoe) was fastest on the water in both races but had to settle for second place on handicap in both. 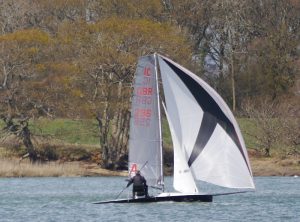 In the Classic/Medium Fleet in Race 3 Charlie Porter (Laser) had a commanding lead on the water, but was pushed into second place by Lucy Boreham (Europe). While Lucy was slower on the water she took 1st place on handicap. 3rd was Mark Harper (Solo). Race 4 followed a similar pattern with the first two places going to Lucy & Charlie, with Paul Trevan (Solo) 3rd. Lucy currently leads the Series. 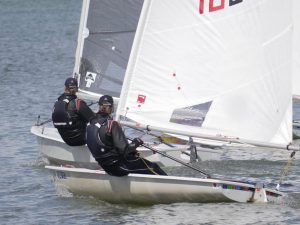