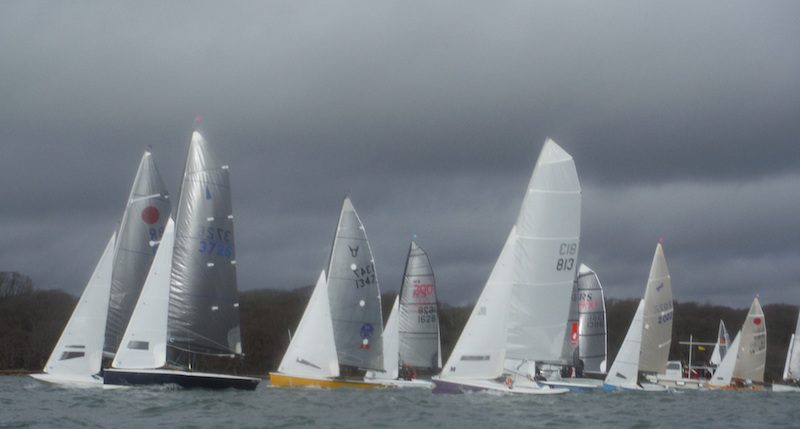 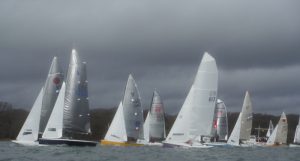 There was a fantastic turnout for the penultimate Snowflake Series racing at Chichester Yacht Club. Forty-four boats took to the water for a great spectacle, and making for some exciting racing. Race Officer Richard Anderton assisted by the local Laser class volunteers were magnificently marshaled by Tim Boon. 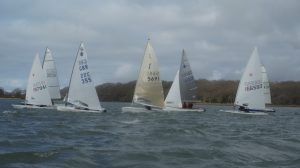 and a trapezoid course. David and Fiona Sayce from Hayling Island SC showed the rest of the fast fleet the way home by winning the both races. Henderson and Henderson got into the money with consistent sailing with a third and second place respectively. Philip Meakins and Nick Willis powered to second place in race 1 sailing their Osprey and George Yeoman and Sophie Ormsby screamed down the reaches at close quarters in their RS200 For the second race the wind increased gusting up to 30 knots resulting in a few capsizes.

In the medium fleet the masterful boat handing of Steve and Sarah Cockrill allowed them to dominate from the front chalking up a double first, again. Coping well with a starting flag “rearrangement” and a general recall plus multifleet starting line congestion, they remained unphased by it all. The wind strength and direction was great for mini races planning downwind.

In the Slow Fleet Nina and Connie Radford won both races, showing consistent form in their RS Feva.

Overall the day produced the best racing of the series so far. The series finale is coming up on March 12th followed by Prize Giving. 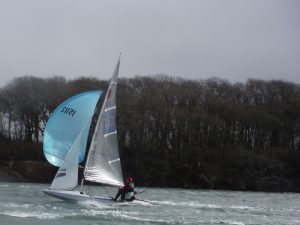