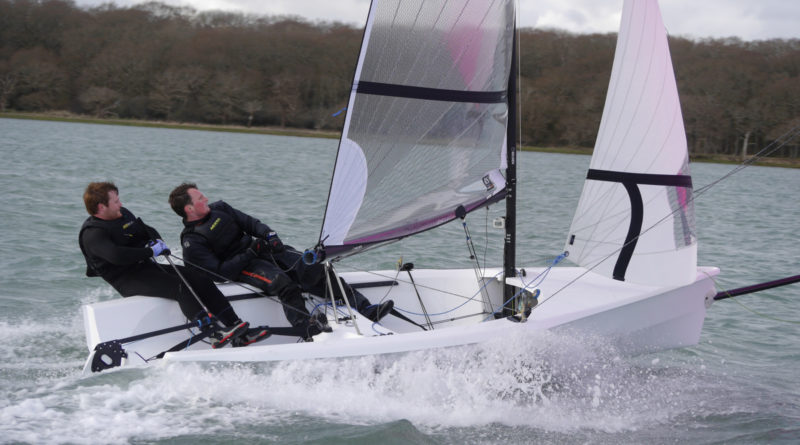 It had been many years since Chichester ran an RS400 Open so it was great to have nineteen boats arrive at the club for the 2020 open. After a winter of storm disruption, the weather was near perfect for the time of year, with a south westerly wind in the mid teens, even the sun made an appearance making it a fine day for sailing.

The CYC race committee had worked closely with the class association to setup the event, so on the day the race officer set the RS400’s preferred windward, leeward course with a gate.

The first race saw a few capsizes and one boat break its mast, but was won by Steve and Sarah Cockerill, followed by Jon Heissig and Nicky Griffin.

The Second race saw the fleet crowding the line with a few boats over. After a regrettable mix up it was decided the fairest result was to award Joint first place to Steve Cockerill and Jon Heissig.

The third race was full of incidents. Jack Holden and Rob Henderson built an impressive lead, sailing downwind at astonishing speed as they made the most of the gusts. But then had difficulties with their spinnaker which halted the boat by the leeward gate and saw them overtaken by Jon Heissig and Nicky Griffin, Jack and Rob tried to catch up, but the race was won by Jon and Nicky.

It was nice to spend at least a few hours outside in the sunshine without anyone mentioning the C word, but after racing, the competitors gathered in the sloop for a Race Tea, served by volunteers wearing gloves and using tongs as CYC did its best to protect everyone from the spread of the virus.

The talk after the event was about next year, hopefully the RS400 will become a regular fixture at CYC.

Full results and links to many more photos as well as details of other Open Events at CYC are available on the clubs Open Meetings Page.