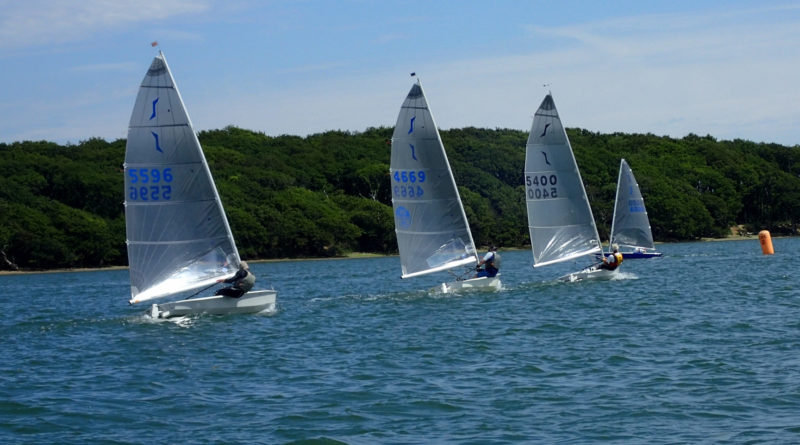 The CYC solo and Europe Open’s were held on the 6th July in beautiful early summer sunshine, with the early light wind re-inforced by a southerly Sea breeze.

The Race officer, Phil Allen, set an inverted P course with the committee boat toward the Bowling end of the CYC lake. During the briefing he explained that there was no requirement to pass through the Start Line until the final lap, giving the competitors full freedom to make their way upwind in any way they liked. In race one the tide was very strong pushing the boats back from the line, but as the afternoon progressed the tide changed causing a few boats to cross the line early.

The Lake area was very busy with neighbors Dell Quay running their regatta at the same time. It made a fine spectacle to see the visiting Itchenor Keel boats gracefully sailing through the lake on their way to Dell Quay.

13 boats competed in the Solo Open, with a good representation from CYC and Papercourt.

When the series results were calculated, Ray Collins won with a Nett Score of 2, closely followed by Alex Butler scoring 3, then with Paul Trevan and Doug Latta both scoring 8.

4 boats competed in the Europe Open, run on the same course as the Solo Open.

The series saw a close race between CYC’s Lucy Boreham and Overy Staithe SC’s Malcolm Moreley. In race 1, Malcolm finished ahead, but in the following two races Lucy took the first place.

After the racing the competitors enjoyed a CYC race tea as they packed away their boats for the journey home.

There are many photos from the event will be available on the CYC Yogile Photo Album.